POL M: Resovia have spoken on the ‘Perrin case’ – “There’s no buyout clause in his contract”

A decision of the Canadian Men’s Volleyball National Team receiver John Gordon Perrin to leave Asseco Resovia Rzeszów despite having a valid contract with the Polish side came as a major surprise. 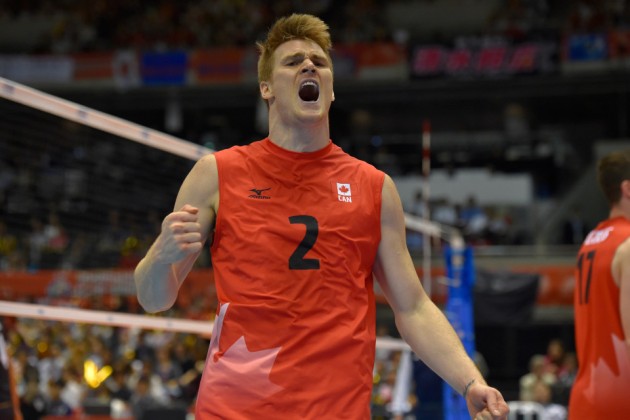 In April, Canada’s captain Perrin has extended the deal with Resovia and even talked about the plans for the Polish club next season in an interview for our website, but less than three months afterward he showed an intention to play in the Chinese Championship.

As “Przegląd Sportowy” found out, unofficially, Perrin received a lucrative offer from China during the Final Six of the 2017 FIVB World League in Curitiba, Brazil where his national won a historic bronze medal.

“Only thing I can say is that John Gordon Perrin is our player and that he signed a contract with the club in April. There is no buyout clause in it,” the Chairman of the Polish giants, Bartosz Górski, said.

If Perrin definitely leaves Resovia, which is likely going to happen as he did not appear at the beginning of the preparations, the PlusLiga club will stay without the second player who had a valid contract in a short time as Thomas Jaeschke moved to Italian Calzedonia Verona. Although in his case, there was a buyout clause in the contract and the U.S. receiver simply took advantage of it.

If Perrin actually signs the contract in Asia, the “Przegląd Sportowy” speculates that Resovia will pursue their rights through the courts of law and the FIVB.

The situation with Perrin is the second case of “kidnapping” a player under the contract by the Chinese clubs this summer.