CL W: Will Rachel Rourke be enough for Atom Trefl to edge Rabita?

On Tuesday Atom Trefl SOPOT and Rabita BAKU will be crossing their ways for the third time in the history of Europe’s most elitist competition, the CEV Volleyball Champions League. Read latest volleyball news on Worldofvolley.com. 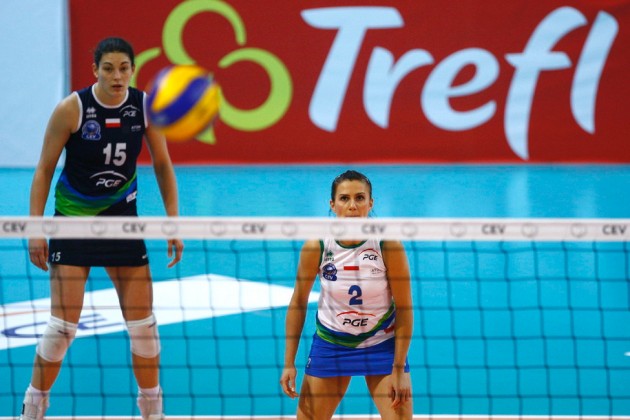 Their match for the third round of action in Pool B is indeed their third clash after last year’s confrontation in the 1/8 finals.

On Sunday the players mentored by head coach Jerzy Matlak scored their fourth consecutive win – by combining national league and European Cups – edging PTPS PILA in the splendid scenario provided by the “Ergo Arena” in Gdansk-Sopot.

Australian Rachel Rourke was once more the player that made the difference for Atom Trefl as she anchored her side’s offense scoring more than 20 points all alone, something she had already done also in the previous wins against Aluprof BIELSKO-BIALA, Impel WROCLAW and Czech Agel PROSTEJOV.

However, the team is having problems to find the right solutions with its middle blockers. After Sylwia Wojcieska suffered an injury, coach Matlak is missing two regular players and needs to opt for 19-year old Justyna Lukasik. This situation is certainly not a good omen for the upcoming clash with the silver medalists from the 2012 FIVB Club World Championship. “Every time we square off out there our goal is to win the match” says Matlak. “Our match with Rabita will be a demanding task but we will try to play our best”.

Rabita BAKU has been so far paced by Colombian Madelaynne Montano, who has scored a total of 37 points in two rounds (Rourke has chartered 35 for SOPOT). Rabita is marshaled by Polish setter Katarzyna Skorupa, who shares that position in the national team with Milena Radecka. “They all consider Rabita the strongest side in the group and expect us to win this match. However, Atom Trefl has nothing to lose; they have no pressure and hence can take all risks. What’s more, they also play at home. We know that Rourke is a very dangerous player, especially after she did perform so well in all previous matches” says Skorupa.

Last year, as these sides crossed their ways in the 1/8 finals, Atom scored a 3:1 home win but Rabita flipped the tables around in the return match, eventually claiming also the golden set to make it to the next stage of the competition.

ITA M: No fear going into clash with Ortona