PGE Skra Belchatow prepares in the Atlas Arena for the Champions League match against Dinamo Moscow. Jacek Nawrocki has all the players available, Dejan Vincic recovered, he didn;t play agaisnt Tomis Constanta in Romania. Mariusz Wlazly and Michal Winiarski will attend the press conference. Bartosz Kurek will be with the team. 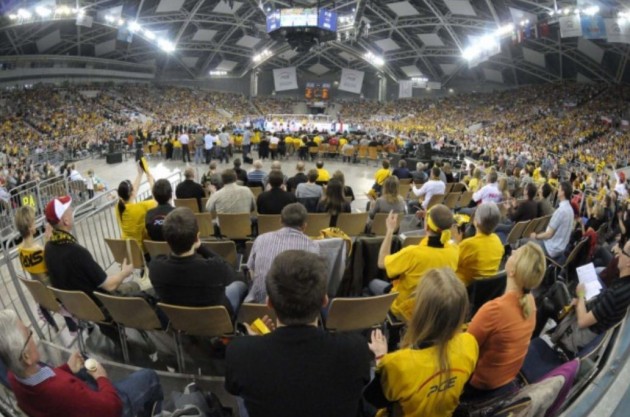 Coach Jacek Nawrocki has all players available. Dejan Vincic recovered, he didn’t play in the second match against Tomis Constanta in Romania. He played against Delecta Bydgoszcz (3-0) in the Plus League.

Belchatow trained on Monday evening at the Atlas Arena. On Tuesday they also will also train in the hall where the match will take place. Previously, Jacek Nawrocki, Mariusz Wlazly and Michal Winiarski, together with the chairman Konrad Piechocki, will attend a press conference.

Dinamo, Bartosz Kurek‘s team, will take a charter flight to Lodz. Immediately after the game, the Russian team will travel to Moscow.

PGE Skra – Dinamo Moscow will be played on Wednesday at 20:30 local time.

Recall that in this season PGE Skra Belchatow won the Super Cup and the bronze medal at the Club World Championship.

GER W: European Cups to stop for first time ever in Hamburg