Zaksa KEDZIERZYN-KOZLE suffered quite a major disappointment this past week as they lost in straight sets to TRENTINO Diatec. On Wednesday they will play once more the side coached by Radostin Stoytchev hoping to get a different result while performing at home. 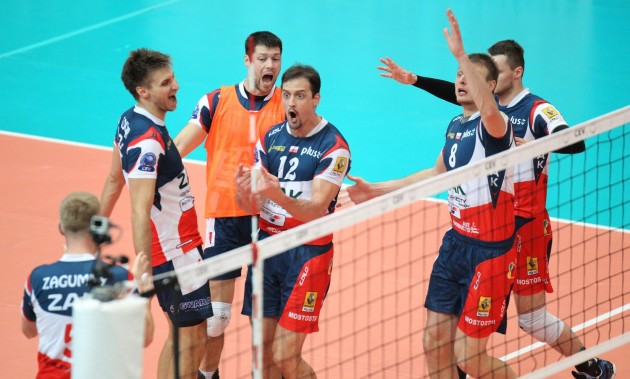 The last few days have been quite tough for Zaksa with Lukasz Wisniewski and libero Piotr Gacek sidelined by injuries and the team – back from Italy – also suffered its first defeat in the national league to Delecta BYDGOSZCZ. Nevertheless the group is well determined to perform as good as possible in the match with TRENTINO. “I believe that these losses will turn into an extra motivation for the team and make our guys perform their best in the next matches” says assistant coach and former international star Sebastian Swiderski. “Our second libero Lukasz Koziura, who is only 21, has gradually improved and I see some chances for him to play against TRENTINO. We really need to perform much better than we did last week in reception as there in Trento we could not stand their pressure from the serving line. If we do this, I think that the final result remains open” he adds.

“The interest for this match is simply huge and we have sold all tickets in one day. We expect some 3’000 fans will be in attendance” concludes club President Sabina Nowosielska.