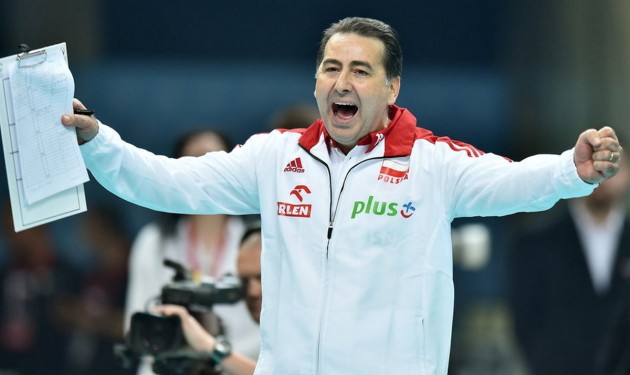 „The Management Board of Jastrzębski Węgiel informs that it releases Mr. Lebedew from his duty to coach the first team of Jastrzębski Węgiel, on January 13th, 2018. The basis of this decision is the unsatisfactory level of play of the team. At the same time, we would like to inform you that from the match of Round 18 of PlusLiga with PGE Skra Bełchatów, on January 21st, 2018, the duties of the first team’s coach will be performed by Ferdinando De Giorgi. Until the new coach takes over, his duties will be fulfilled by the former assistant of the first coach, Leszek Dejewski,“ Jastrzębski issued a note.

Australia men’s national team head coach Lebedew was at the helm of Jastrzębski since June 2015, leading the team to the bronze medal in the national championship, last season. However, this season, Jastrzębski are far from the form that put them among the title contenders in the 2016/17 – they are fourth in the PlusLiga standings with a 9-7 record and will fight hard to achieve a play-off promotion until the end of the regular season. In addition, Jastrzębski were eliminated from the national cup already in the quarter-finals.

As for Jastrzębski’s new coach De Giorgi, he won a national title in Poland two times in a row with Zaksa Kędzierzyn-Koźle (2015/16 and 2016/17). In the meantime, he was appointed the head coach of Poland men’s national team, in December 2016., but was sacked after only nine months, in September last year. De Giorgi was without a job ever since.

SUI W: Volero will relocate to another country at the end of the season!