It will be a battle for the proverbial six points. In the eighth round of the PlusLiga Jastrzebski WEGIEL will play against Delecta Bydgoszcz. Both teams are fighting for a place in the top four. Read latest volleyball news on Worldofvolley.com. 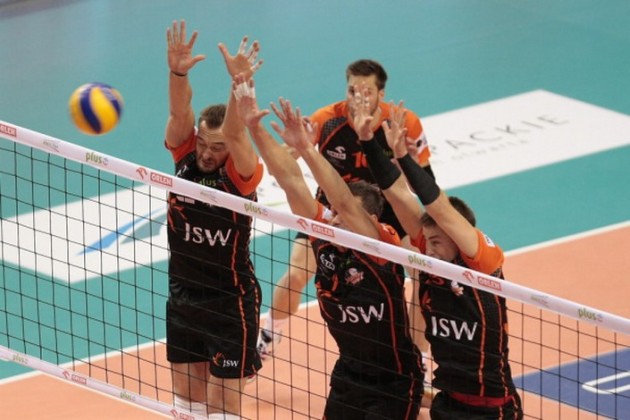 Sites 1 – 4 after the first round of the basic phase of the PlusLiga give automatic promotion to the quarter-finals of the Polish Cup. Teams classified in positions 5-8 will have to fight an additional battle – the fifth of the tenth in the table, and the sixth of nine. The seventh and eighth, in turn, will play the winners of the Fifth Round of PP.

Saturday‘s team meeting surprisingly quickly dropped out of the competition CEV Cup (now the 1/8 finals) and to wipe the tears of the remaining competition on their home soil. In the case of PlusLiga also play bad – in the seven rounds of meetings gathered 12 points (2 less than Delecta) and is only the sixth position, well below expectations. Although defeated Skre Bełchatów, but lost the points in Warsaw, Rzeszów and KEDZIERZYN-KOZLE.

“The most important is the head of the players. All the problems on the field begins in the minds of players – lack of concentration, determination and motivation. Sometimes we look in the mirror and say, “Oh, I’m cool.” On the field a moment staring at each other is disastrous. Just point and the game is “falling apart” says about his charges coach Lorenzo Bernardi.

His words were reflected in the fact last Wednesday, when the WEGIEL, as favorites clash with Turkish Milli Piyango Maliy Ankara, stupidly lost the end of the second set (running 24:21) and the following parties have failed to reverse the fate of the match. “Our team is very sensitive, is the biggest problem. in difficult moments we have to quickly “clear” head and overcome difficulties” continues Bernardi.

Coach Lorenzo Bernardi have chance to rebuild the morale of the volleyball team on Saturday, when the on the court they will play against Delecta Bydgoszcz.

Italian coach also admits that it will be treated very seriously in the Polish Cup game, despite winning the tournament does not give direct promotion for the Champions League. “Regardless of this, I want my team to fight in every game with the same commitment. I want to go to every tournament, regardless of rank, treated equally – because only in this way can develop the mentality of winners”.

“In recent weeks, a big problem was the lack of regular workouts. We lost a lot of time to travel, we were not able to keep a good rhythm training” Lorenzo Bernardi complained. But it points out that a similar situation applies to all teams in European competition fighting. In addition, two of his proteges, Russell Holmes and Matteo Martino struggling with minor physical problems. None of them showed up on the court in a match with AZS Olsztyn, and CEV Cup. However both should be ready for Saturday‘s game against Delecta.