The All-Russian Volleyball Federation (VEF) entrusted the command of the women’s national team to Sergio Busato. 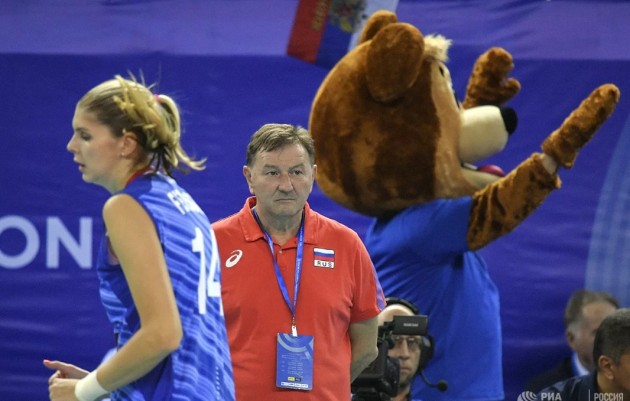 Russia Women’s National Team will remain under the guidance of Sergio Busato. From September, an Italian expert served as a temporary head coach of “Zbornaya“ after the resignation of Vadim Pankov. However, the VFV decided to appoint Busato as head coach permanently. The Italian already took one medal with Russia Women – the bronze at the 2019 FIVB World Cup.

Busato came into the Russian volleyball in the middle of the last decade and since then, he has been continuously working in the country but mostly in the male volleyball. He was in Russia Men staff when they won the gold medal at the 2012 London Olympics. Busato had the support of the players in Russia’s female national team, who wrote to the VFV asking them to leave him on the bench. This summer, Busato was suspended by the International Volleyball Federation (FIVB) for making an inappropriate winning celebration during the International Olympic Qualifier.

KOR M: Flamenco in V-League – Villena chips in with 37 points for Jumbos