On Thursday Russia’s Dinamo KRASNODAR edged Turkey’s Ilbank Sports Club ANKARA in straight sets (25-16, 25-13, and 25-23) in the first round of play for the 1/4 finals of the 2013 CEV Volleyball Challenge Cup – Women. Read more about latest volleyball news, games reports, and statistics on WorldofVolley. 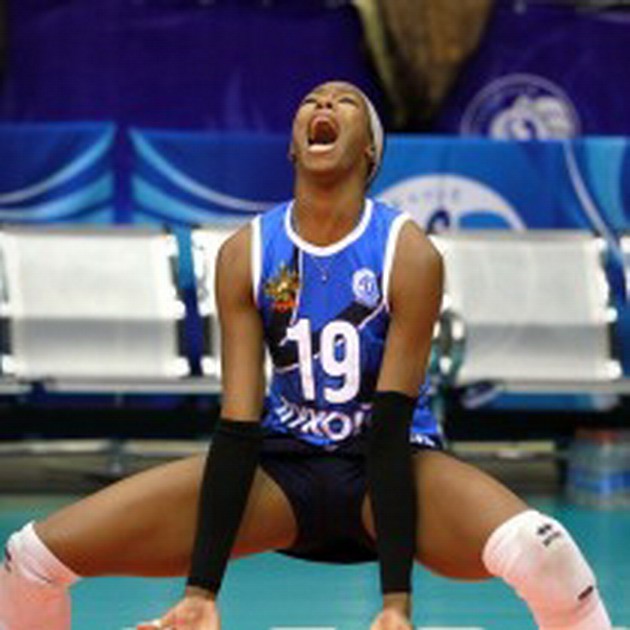 Destinee Hooker and Helena Havelkova immediately set the pace of the game for the home side (7:3) but after some mistakes from the serving line Dinamo lost half of its lead (9:7). However, the hosts did regroup quite quickly and did show world-class Volleyball in the remainder of the set that was comfortably cashed at 25-16.

Things did not change much also in the second set where the local favorites got off to a flying start (8:1) and by combining good blocks with the weakness shown by Ilbank in defense, Dinamo could cruise to a terrific 25-13 for the provisional 2:0.

After claiming the first two sets quite easy, Dinamo relaxed a little bit in set 3 and Ilbank could move to the front for the first time since the start of the game (5:6). It did not last that long as US American star – and silver medalist from the 2012 London Olympics – Destinee Hooker anchored Dinamo (17:13) and the Russian side could resist to a late comeback by the Turks to seize the night in three straight sets (25-23).