Zenit outclassed BR Volleys in a rematch of Champions League playoffs 12, and second year in a row eliminated German side from elite competition. 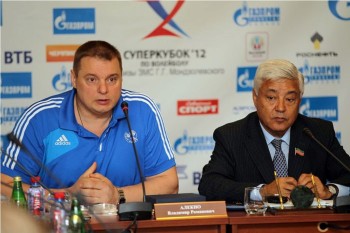 “I can say that we are stronger. The result speaks for itself. Only at the beginning I was concerned, because we felt that everything was over after victory in Kazan. Anyway, I am glad that we won this so confidently, unlike last year when we had two equal games” said Vladimir Alekno, coach of Zenit, but also added one interesting thing about this match:

“We had a good practice for the upcoming Russian Cup, and I am sure that this experience will be useful in Belgorod. I will not give out all secrets, but we tried some new tactical options in Berlin” concluded Alekno.

What are those new tactics? Leave your opinion on WoVForum.