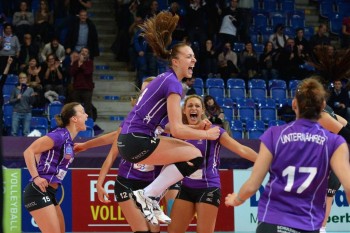 Volero arrived in Piacenza with 3-1 advantage from the first leg. So, Swiss team needed two sets to advance. But, the first one in rematch belonged to the home team…

Piacenza was on the right track to take this clash into a golden set, however its first step on that road was also the last.

Volero was fantastic in the rest of the game, and deservedly seized another victory over the strong rival.

KOR M: Vissoto presented in Kepco – “Number 10 as a tribute to…”