The last two tickets for the Final Six of the Russian championship had been assigned to Kuzbass Kemerovo and Nizhny Novgorod. 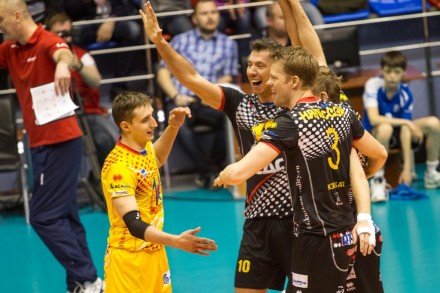 Today, they have celebrated the third victory over their opponents and with 3-2  in the series they took spot in the Final Six with Zenit Kazan, Belgorie Belgorod, Dinamo Moscow and Lokomotiv Novosibirsk.

It’s hard to find the words. We played very poorly the entire game, despite the first two sets. I am very disappointed with this result especially because we played well in the regular season – said Javier Weber, the coach of Dinamo Krasnodar .