The 2014/2015 campaign of Russia’s champions Zenit KAZAN will start in late August with the Viacheslav Platonov Memorial Tournament scheduled for August 27-31 in Saint Petersburg. The two-time winners of the CEV Volleyball Champions League joined the competition held in memory of the legendary Soviet coach also last year but failed to make it through the preliminary rounds. 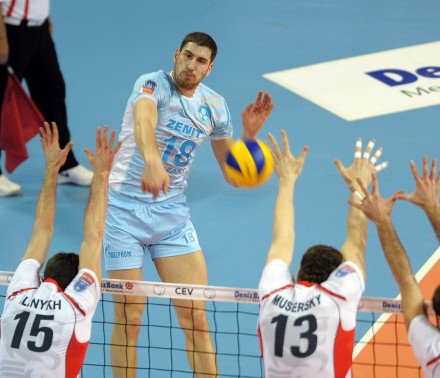 The 2014 edition of the Platonov Memorial Tournament will feature once again eight teams that were divided into two preliminary pools of four each. Five of the eight teams that had competed last year in Saint Petersburg are coming back. Ukraine’s Lokomotiv KHARKIV was replaced by Latvia’s champions RTU RIGA, Belarus’ national team by their respective national champions Stroitel MINSK whereas Yaroslavich YAROSLAVL’s spot was taken by the winners of the inaugural Platonov Memorial Tournament, Dinamo LENINGRAD REGION.

RUS M: Muserskiy and Spiridonov are back...