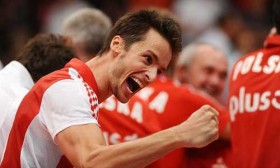 He began his coaching career in 2000. He worked for several top Italian clubs. He won Serie A championship with Macerata.

Previously he was an excellent player. He played 330 matches in the Italian team, and he won three world titles.

POL: Without that song it is difficult to imagine Polish volleyball matches

GER M: Gyorgy Grozer – I want to play at the Olympics

PHOTO OF THE DAY: Obmochaev has new...