The Italian opposite and member of Dinamo Moscow gave an interview for championat.ru in which he talked about his injury, life in Moscow, Russian Superleague, Bartosz Kurek etc. 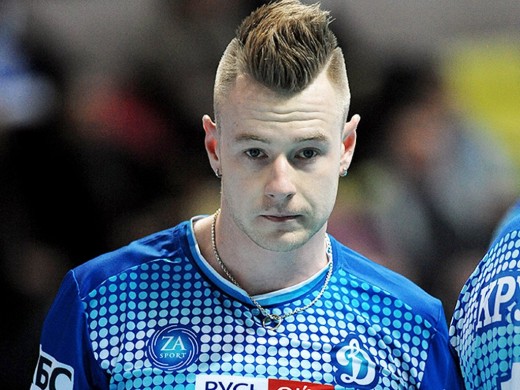 Let’s start with your performances in Dinamo Moscow. You had more problems with injuries than the rivals on the court.

“Yes, you are right. I got used to practicing and playing all the time. This injury is the most serious in my career. It seemed to me that it would be minor injury but…I recovered, that again got injured. I communicated with medical staff all the time and I spent most time with them.”

Dinamo Moscow’s fans and board have high expectations in this season. They expect from you to be one of the key members.

“That’s true. And I want to do everything for Dinamo as we can achieve wins. I have a huge wish to help my team.”

Two seasons ago, Bartosz Kurek was on your position. But, he had problems with injuries as well and didn’t show full potential. After departure from Dinamo, he explained that he had problems with settling down in Moscow. Kurek told that people in Russia lived without smile, sky was gray and he couldn’t face with loneliness.

“In Poland he is a big star. Obviously, it was new challenge for him. He is a good guy and good player and his only flaw is that he lacks self-confidence. He has a few good performances and then he has a few poor performances. That’s the problem. “

What did he tell you after you sign a contract with Dinamo?

“He said that there are a few good restaurants in Moscow and wished me a luck” answered Ivan Zaytsev.

Let me translate the words of Zaytsev to you: ‘Kurek doesn’t have the b**ls!’ Who are you to tell this? First think about yourself and after when you play inside the court more than you sit outside, espeacially this season, than you can speak! You didn’t come to Moscow to speak but to play, my dear Ivan!!!

lol axe calm down im polish fan and i agree with ivan. moreover, kurek is brainless and doesnt know how to play with block. nowdays such type of players are useless and antiga doesnt need him in our NT