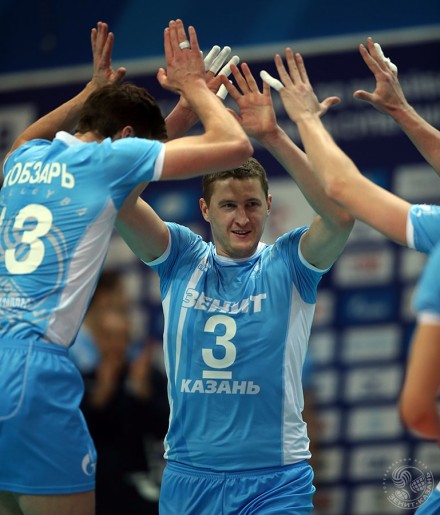 Before the game, the Minister of Youth and Sport of the Republic of Tatarstan Vladimir Leonov handed certificates of a world-class athlete to four players of Zenit.

The most productive players in the winning team and in the match were Wilfredo León and Alexander Gutsalyuk, each scored 14 points. The Cuban had 5 aces on his account, Gutsalyuk made 6 successful blocks.