VakifBank has only two losses in the Turkish Championship... And both of them came in clashes against Eczacibasi! 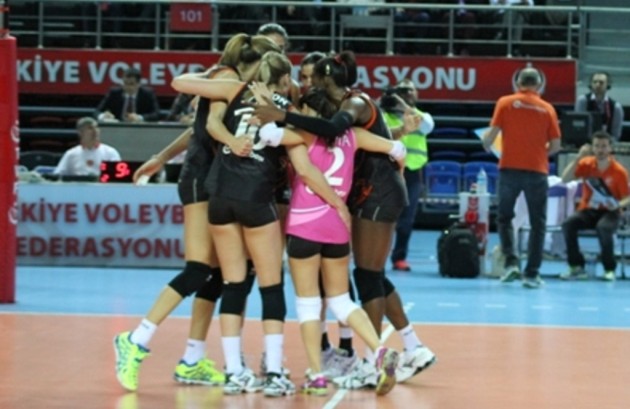 Eczacibasi has done it again! Squad led by Giovanni Caprara has managed to once again beat VakifBank, and interesting enough, the final score was 3-2 again! But, perhaps the winning side will be dissapointed for not collecting all three points.

Eczacibasi was up ahead by 2-0 in sets, but VakifBank did not want to surrender. By improving blocking significantly, reigning champions took over the control of the match and eventually tied the game at 2-2! But, team of Giovanni Guidetti could not complete the full comeback.

In the decisive set, Eczacibasi won first 6 points! Not even VakifBank could return from the deficit of 0:6…

Demir Neslihan was the top scorer in the winning team with 19 points, while Maja Poljak made 15, including the very last one on the game. In home side, Milena Rašić scored 20 points.

Therefore, the race for the leading spot heats up. VakifBank is still at the first place with 35 points, but Eczacibasi is just behind with 34, while Fenerbahce has 29 and one match less…

It seems that Vakif is not powerful like they were in the last season. I think the main problem is opposite.

Completely agree with you. Nadia Centoni would be better option instead of Sheila Castro for Vakif. Another reason is Gozde Sonsirma far away her last year performance.

it was a huge mistake sending Brakoceviv away, now Vakifs suffering

Even with brakocevic Vakifbank was sufferibg. She wouldn’t change anything anyway!

The oposite is not the problem. The problem is the middle blocker. They need De Kruif for important games! With her Vakifbank lost the first game to Cannes too! With Robin they win easily the second.
Sheilla can do other things (good serve and good defense) that Brakocevic can’t do really well. But the Vakifbank needs Robin because Toksoy is terrible.
For sure, they need (this is more important now) Godze in good shape, but until the most important fase she will be.