Zenit Kazan’s players are aware that under the new rules of the Russian Superleague they have no time to rest. In the match against Dinamo Krasnodar, on Saturday, they had to give their best despite some of them being tired after participating in the jersey of Russian NT at the Olympic Qualification Tournament in Berlin. 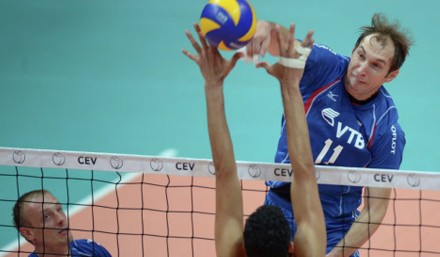 “Olympic Qualifications turned out difficult and very emotional, but there was no time for a break with the current regulations,” Andrey Ashchev, the middle blocker of Zenit and Russia’s NT, said after the match against Krasnodar (3-0).

Russia secured Rio ticket on January 10 by beating France in the finals of Qualifiers but already six days later, the championship of Russia has continued with Round 9.

This season’s regulations say that the champion of Russia will be determined after regular stage, no playoffs will be played.