Huge volleyball doping scandal is on the horizon! 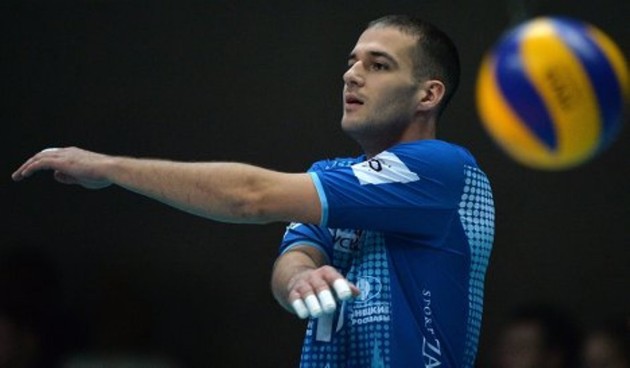 As a source familiar with the situation revealed for „R-Sport“, traces of meldonium were found in the doping sample „A“ of Aleksandr Markin, player of Dynamo Moscow and the Russian National Team.

The 25-yar-old receiver/outside hitter is a member of Dinamo since 2009 becoming silver and bronze medalist in the Russian championship twice and winner of the CEV Cup in 2012 and 2015.

With Russia’s NT he won gold medal at the Universiade in 2013 and 2015. He had the honor to hold the Russian flag at opening ceremony in 2015. In addition, Markin became the bronze medalist at the 2015 European Games in Baku. He was one of the heroes of the Russian victory at the European Olympic Qualifiers.

Markin played his last match for Dinamo Moscow on February 6 this year.

If this turns out to be true, Markin will be the fifth Russian athlete who has been using meldonium after speed skater Pavel Kulizhnikov, short-track speed-skater Semyon Elistratov, figure skater Ekaterina Bobrova and most recently, tennis player Mariya Sharapova.

Situation is now dramatic: Both Men’s and...