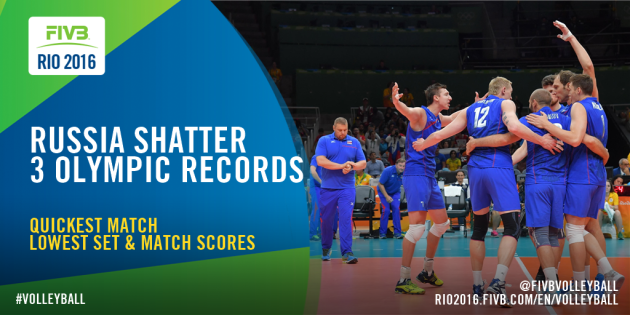 The 112 total points between the two teams erased the old mark of 119-point set in a Cuban victory over Egypt in Sydney 2000.

It was also the shortest match in men’s Olympic history in time duration with only 54 minutes with the previous quickest match a victory of Serbia over Egypt in 56 minutes in Beijing.