For the sixth time in their history, Zenit Kazan have won the Russian Cup! 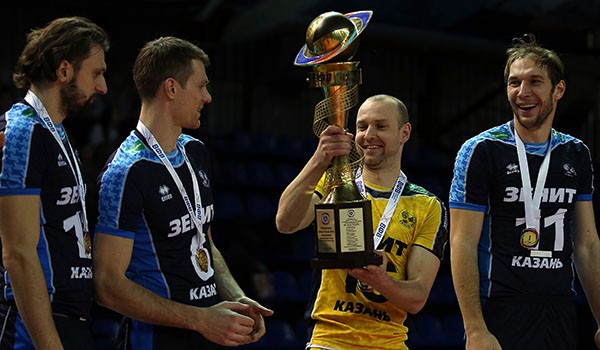 Andrey Ashev showed up in the starting line-up of Zenit, after missing a few games due to an injury.

In the first two sets, Zenit Kazan were dominant side, while Lokomotiv Novosibirsk started playing in the third set, managing to reduce the lead of Alekno’s side winning the third set 2-1!

The Reigning champions were again on top level in the fourth set, not allowing the rival to tie the score! The best scorer of the game was Matt Anderson with 19 points, Leon added 17. In Lokomotiv, Divish and Pavlov had 14 points each.