RUS M: Give this guy some money – Leonid Kuznetsov was forced to boycott the game for the 2nd time in his career!

Is he the unluckiest player in Russia? 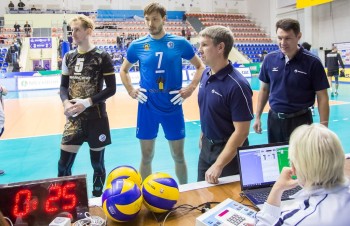 Before the match between Dinamo Krasnodar and Enisey Krasnoyarsk, the captain of Krasnodar crew Leonid Kuznetsov took the microphone and announced the team’s decision to boycott the match because they haven’t received any salary since the beginning of the season.

Kuznetsov apologized to the fans, explaining this decision as the last attempt of the team to draw attention of the club officials.

What is interesting about this case is that Kuznetsov had to do this for the 2nd time in his volleyball career! Back in 2014 when he was a player of Ural Ufa he was also forced to boycott the game due to same reason.

ITALIAN CUP M: Stankovic “This trophy is for all our fans and my newborn daughter Andrea”