Yumilka Ruiz, has decided to put her jersey on after years of inactivity to play in the Russian Super League, as a part of the Uralochka NTMK, coached by Nikolai Karpol. 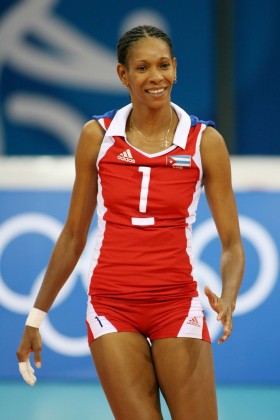 Yumilka has reportedly signed on to play for Uralochka NTMK. The 34 year old is expected to arrive in Russia next month just before the 2012/2013 Champions League kicks off. She will be coached by the legendary Nikolai Karpol and play together with Russia’s one and only Evgenia Artamonova Estes.

In case you didn’t know, the Best Scorer of the 2002 World Championship played in the Russian League during the 2004-2005 season. She holds the world record with the most points scored in one club team match: 53 points.

As of press time, Uralochka NTMK has not released any official statement.