SRB M: We were waiting for this – said Atanasijevic

Aleksandar Atanasijevic, opposite of Serbia, said on press conference that his team egarly expects start od the EuroVolley. 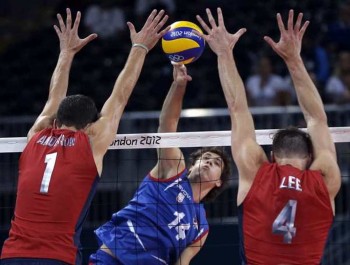 Atanasijevic believes in his team

“For almost five months we have been waiting for this European Championship, certainly the most important competition in this year. We are highly motivated and ready to give our best. Our opponents in first stage haven’t achieved some great results in previous years, but they played really good in preparation games for EuroVolley. For example, Netherlands managed to beat Russia, who is probably the main favorite for gold medal. We just need to be mentally ready from the beginning, and I hope we can start the tournament with a victory”   – said Atanasijevic.

Serbia will play first match against Slovenia, and other two games will be against Netherlands and Finland.