We know the names of the Challenge Cup finalists! In men’s category Vojvodina and Benfica will fight for the trophy, while in women’s competition Bursa will face Schweriner! 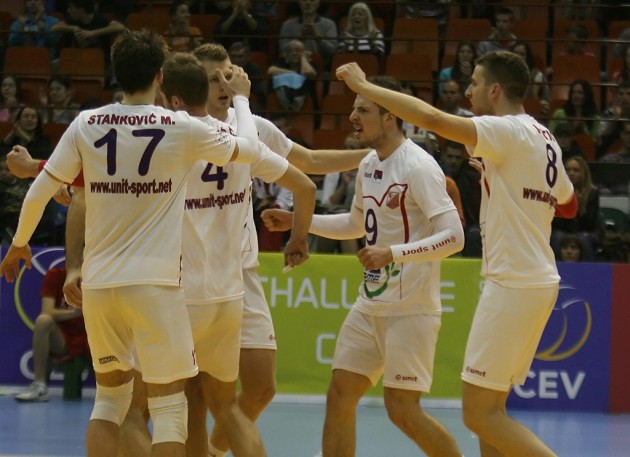 Vojvodina has qualified for the first ever European final in club’s history! Team from Serbia made a major comeback in the game against Stroitel Minsk and advanced through to the final! Vojvodina will there face Benfica, which survived the difficult game in Italy against Ravenna.

Speaking about women’s competition, Bursa has managed to outplay Schweriner in the rematch in front of 4.000 loud fans! Turkish side scored a “clean win” – 3-0, and then won the “golden set” by 15:10! In the other semifinal, Uralochka did not have problems against Khimik.

The first final games in both men’s and women’s competition are scheduled for April 8, while the rematches will be played on April 12.