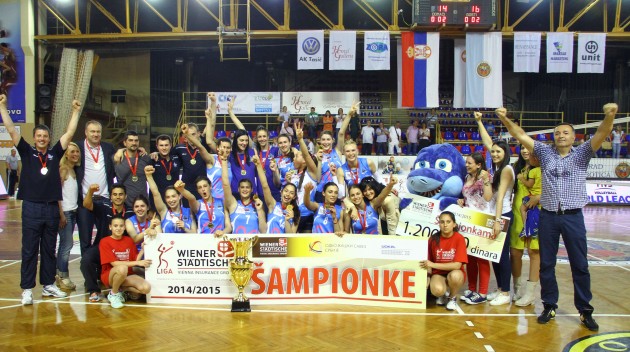 Spartak can regret since it was close to victory, even in the fifth set, in which it was chasing the advantage of visitors all the time.

The first two sets were played on the difference in points although in the set No.1, Spartak dictated the pace, but allowed Vizura to return to the game with several errors (even 12 in this set).

Vizura took the lead of 7-3 in the tie-break. The drama did not end there, since Spartak reduced to 7-8 and equalized at 9-9.

The guests had more luck and concentration – 12-9. When it seemed that Vizura was very close to the title, Spartak created a 4-0 run and after two counters and arrived at 13-13.

The block became the most powerful weapon of the team from Belgrade in these moments. It turned the second match point into a new championship title – second in a row and second overall.

Bjanka Buša had 17 for Vizura while Marta Drpa scored 24 points for Spartak.

ITA W: Casalmaggiore strikes back, ties to 1-1 in finals