She is for sure one of the best volleyball players in Europe and World and she is coming from Serbia. Her name is Jovana Brakočević Canzian! 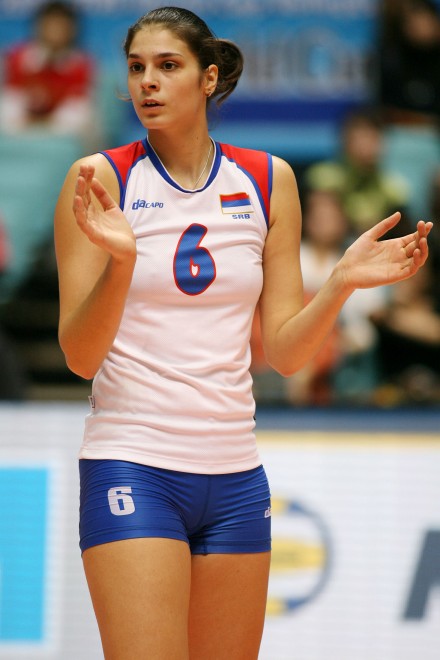 O.K. the whole last season  Jovana Brakocevic Canzian missed due to pregnancy but also she showed to all that if you want something, you can do it! After only four months after she gave birth to her son Viktor, she returned to the gym and training and started with the preparation for the main competition this summer, Olympic Games in Rio de Janeiro.

She’s the only female volleyball player to have won the MOST VALUABLE PLAYER award from the 3 major European competitions:

With VakifBank ISTANBUL 2013 she won gold medals at the CEV Champions League and Club World Championship.

The interview with Jovana Brakocevic Canzian will start on Friday, 14:00 (CET) and will last until 14:30 (CET). You will be able to ask Jovana whatever you want by using hashtag #WoVChat! Don’t forget to read #WoVChat RULES!

Recall that our guests so far were Jenia Grebenikow who prefers trophy in Champions League, Kim Yeon-Koung who wants to be a coach, Davide Saitta who wants to defend title with Paris, Giovanni Guidetti who has a problem during the summer and Laura Dijkema who will  never forget the European Championship final 2015 in Rotterdam.