As it was expected, the clash between Brazilian title holders and runners-up will decide on the gold medalists in the 17th South American Club Women’s Championship, in Uberlândia, Brazil. 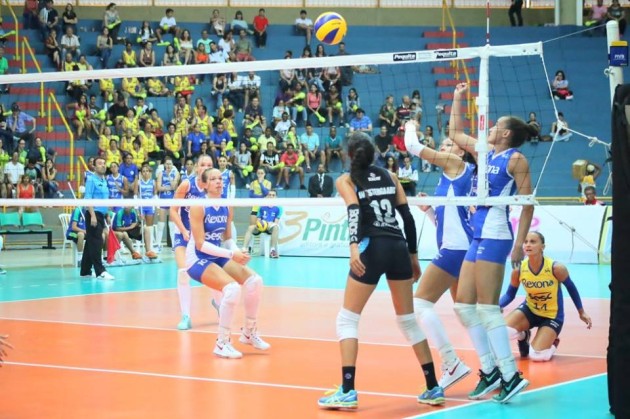 Reigning champions of South America and also Brazil, Rexona-Sesc, cruised past Argentinean title holders Villa Dora in straight sets, mostly thanks to their nearly perfect service performance, partially 25-10, 25-6 and 25-17 in 52 minutes. Thus, Bernardo Rezende’s side will play their third consecutive tournament’s final and look for its fourth trophy. The top scorer of the match was Juciely Barreto from the Rio de Janeiro team with 12 points.

Led by the home crowd, Brazilian Superliga silver medalists, Dentil/Praia Clube, became the second finalists after prevailing over Peruvian giants Universidad San Martín in an exciting game which eventually ended in three sets 25-18, 25-23 and 25-13. Fabiana Claudino was the main figure of the Brazilian team with 17 points, while Peruvian star Ángela Leyva had 12 for San Martín.

The match for the title of the South American Club Women’s Championship, which gives a place to the 2017 FIVB Club World Championship in Kobe, Japan (May 4-14), is scheduled this Sunday at 00:30 C.E.T. Previously (21:00 C.E.T.), Villa Dora and San Martín will face each other for the bronze medal.

GER M: Giani – “Potential of the German team is greater than Slovenian”