Worldofvolley finds out: Naz and Mihajlović rejoin Fenerbahçe for next season 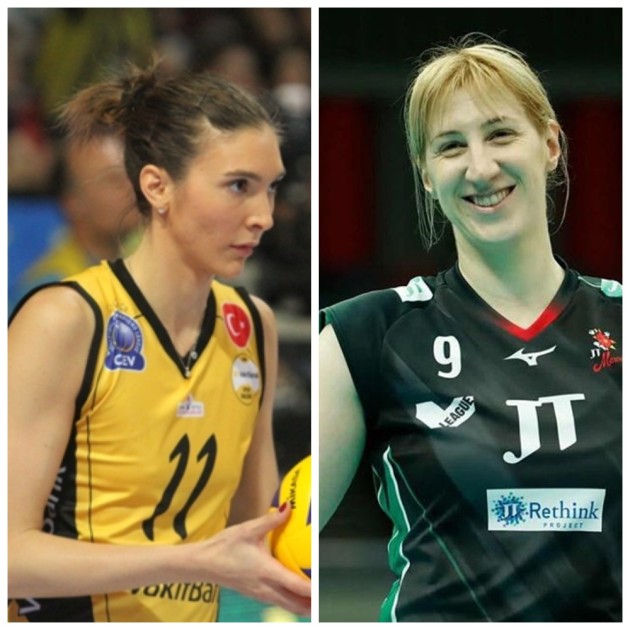 We found out from our sources that Turkish club Fenerbahçe agreed to terms with two world-famous players for the next season – native power Naz Aydemir Akyol and Serbian Brankica Mihajlović.

For a Naz, a longtime member of Turkey national team, this is going to be the return to the club for which she competed from 2009 to 2012 and with whom she won 2010 FIVB World Club Championship, 2012 CEV Champions League, two national championships and national Cup titles, and one national Super Cup title. A 28-year-old setter spent the next six seasons with VakıfBank before making a break due to her pregnancy.

As for Serbia national team outside hitter, she will come to Fenerbahçe after two seasons in which she competed for JT Marvelous in Japan. Just like Naz, a 27-year-old player also returns to Fener as she wore their jersey in 2015/16 and won the national Super Cup.

Recall that we already revealed one transfer bomb from Turkey for the 2019/20 season.

This transfers make Fenerbahce a formible team. They are already great, with the Serbian coach. Vargas and Mihajlović as hitters make them one of the best tandems.

I wish Bricio would stay, but this is bombastic news. Dislike just watching Vakif and Ezaci, Fener should spoil this double party. Bring Maja Ognjenović back. I read Black Mamba will leave Novara, if she would join Fener, with Brakica, they would make win-win. Also some Japanese libero could join.

Re: @Vic-ers
No way to bring a Japanese libero to Fenerbahçe because of the restriction for foreign players. And also Mamba doesn’t look like to join Fenerbahce because of Melissa Vargas.

Antonojevic is better setter than this untalented woman, terzic should not make such a huge mistake!!! BTW, it means that Bricio is going to play in Italy!!!!

Brazıl volley girl , I beleive in you are living in Mars . And very very rarely coming to earth . Otherwise you wouldn’t be so ignorant . . Naz , ‘ untalented ‘ player … ( Being ignorant is not so much as a shame , as being unwilling to learn it – Benjamin Franklin ) You must check her career .. Which teams did she play , How many times she was awarded the best setter in the champions league . But keep on writing .Never give up . Because you make me laugh a lot .

I love Bricio. I think she is great. The Black Momba is joining Imoco Volley Conegliano. So Kim Hill is a goner since Kasta Lowe is contributing. But the rumor has it Imoco wants Black Momba’s cousin too. Vargas is a good hitter. She is just bad in her techniques but the experience Serbian coach is correcting her. Vargas is doing fine.

Smart deals done by Fenerbahce, Mihajlovic was one of the best outsite hitter great in attack also defense, if it happen the team absolutely stronger

Montano – “Michael Jordan is my idol”...

CL M: Some of Juantorena’s “missiles” against...