TUR M: What a feat – No.5 Fenerbahçe give champs Halkbank boot from playoffs

Fenerbahçe shocked Halkbank and eliminated them from the 2018/19 Turkish Men’s Volleyball Championship playoffs! 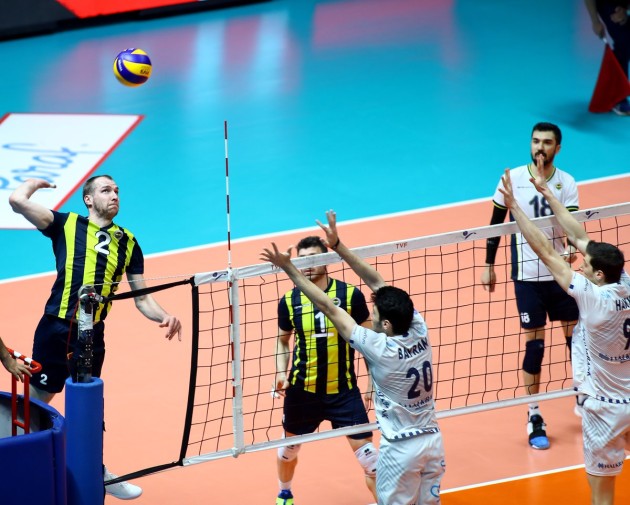 Fenerbahçe play amazing volleyball in the last month or so during which they passed the road from underdogs to main title favorites in the 2018-2019 Efeler Ligi. The Istanbul side entered the playoffs as the No.5 seed, barely making a positive record in the regular season (12-10) but managed to eliminate three-time consecutive titleholders and also top seed Halkbank in the semifinals! Recall that Fenerbahçe recently won the Turkish Cup in which they also dethroned Halkbank by beating them in the final. Fenerbahçe prevailed in Game 2 by a 3-1 (25-22, 25-23, 22-25, 25-23) to sweep the series with Halkbank. The Dutchman Wouter Ter Maat top-scored for Fener with 22 points while Serbian Dražen Luburić notched 23 for Halkbank.

Fenerbahçe will face the second seed Arkas Spor in the playoff finals. The Izmir based team also swept their rivals, No.3 seed Galatasaray, winning Game 2 in the tie-break thanks to 36 points from Adis Lagumdžija. Estonian Oliver Venno scored 22 points for Galata. Arkas will play the gold medal matchup for the third straight time.