TUR M: Fenerbahçe extend with 8 players, as well as with head coach 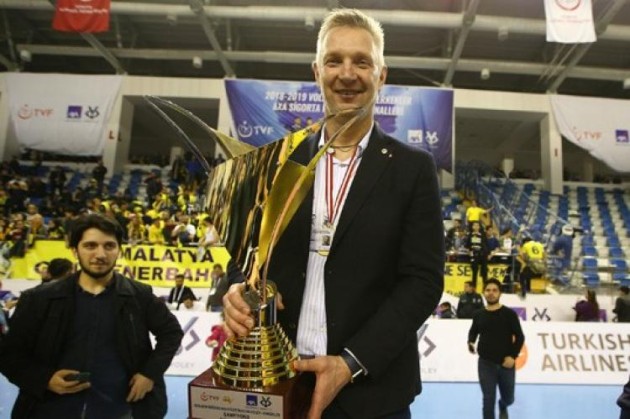 Fenerbahçe announced contract extensions with, as much as, eight players from the champion’s roster: middle blockers Oğuzhan Karasu and Ferhat Akdeniz, liberos Ahmet Karataş and Caner Dengin, setter Ulaş Kıyak, Cuban outside hitter Salvador Hidalgo (it was unofficial until now), and opposite hitters – Dutch Wouter ter Maat and İzzet Ünver.

Which is even more important for Fenerbahçe, the İstanbul team persuaded a master-mind of success that “Fener“ made last season, the Polish head coach Mariusz Sordyl, to stay in the club for one more season.