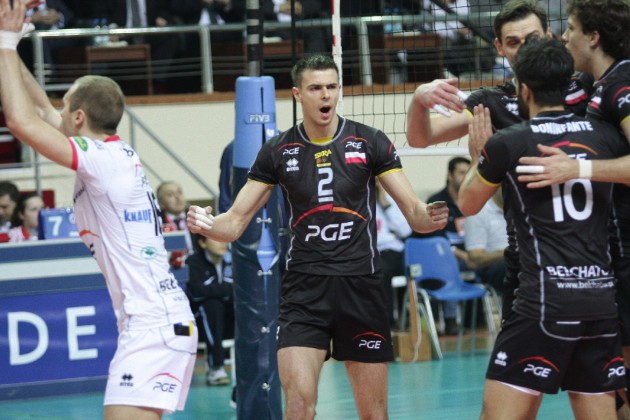 Mariusz Wlazly and Aleksandar Atanasijevic paced last year’s silver medalists with 20 and 25 points respectively while Colombian Liberman Agamez top scored for Arkas with 23. Arkas could not get its revenge for the defeat suffered last year in the semis in Lodz.

“They served really well tonight and we could not stand this” says Canadian head coach Glenn Hoag, the mentor of Arkas IZMIR. “We had to play high balls but their block-defense system worked really well too. So we could not score as we had wished. Next week we have to play much better if we want to stand a chance in the return game”.

“We know the power and potential of Arkas that has great spikers, so our option was to serve well and create problems to their reception” stresses Skra head coach Jacek Nawrocki. “Tactically we played really good tonight but we know that we’re just halfway through. We still have to win also the second match coming up next week in Poland”.

CEV CC F: PIACENZA simply too much to stand for Cyprus girls