TUR W: Galatasaray fall to Nilüfer and get further away from playoffs, 15th win in row for Fenerbahçe

Galatasaray HDI Sigorta are miles away from qualifying for the playoffs of the 2020/21 Turkish Women’s Volleyball Championship after losing 3rd match in a row. 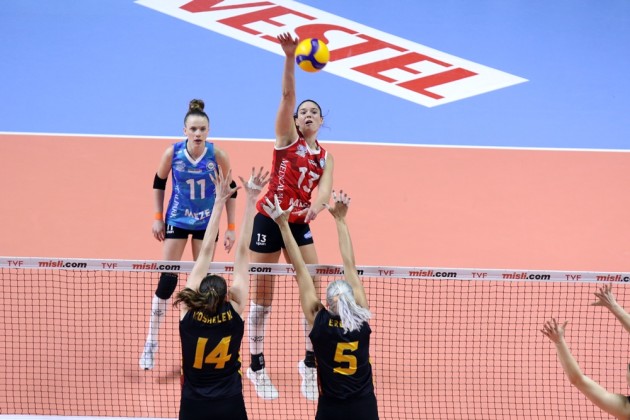 It was a duel for the position No.4 in the charts, the last one that secures the playoff participation, after which only a mere theory remained for the 5-time Turkish champions Galatasaray to compete in it. ’The Lionesses’ are 6th placed with 3 wins and 8 points less than the 4th placed Türk Hava Yolları and 2 wins and 7 points less than today’s rivals who are ranked 5th. All 3 teams are to play 3 more matches until the end of the regular season.

Speaking of Türk Hava Yolları, they earned a 4-set win over PTT mostly thanks to American Madison Kingdon (21 points) and Aslı Kalaç (4 blocks). 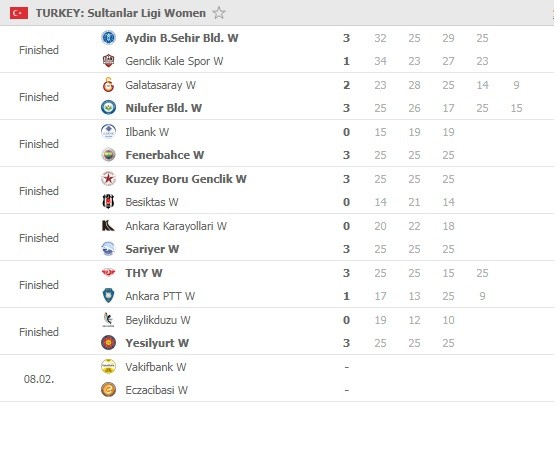