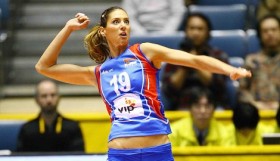 In Perugia in 2005, she played in the Champions League with the team from this city and won the CEV Cup.

Voleyball.it :”The transfer of Dragana Marinkovic will be completed after the end of the Italian Cup where her current team is being expected to participate.” was said in the statement.