After Henry Bell, who finnished his transfer in Galatasaray due to a problems with a Cuban Volleyball federation, Galatasaray Yurtici Cargo team has found a substitution in a Puerto Rico's opposite player Víctor Rivera. 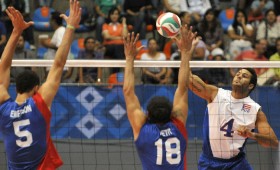 Porta Rico League opposite Víctor Rivera, was born in 1976, and in 2007 with his national team has won the World Cup 6. place.

The same year at NORCECA Championships he was named the best spiker.

Also in 2010, with the national team he won the bronze medal in the Pan-American Cup and also awarder the best scorer.

Italy: Suljagic – We want to win

Fight in the stands avoided during Galatasaray...