In the first match of the day in prelim Pool A of the 2013 CEV Volleyball European League Turkey easily edged Hungary in three straight sets (21-18, 21-14, and 21-16) to assert their credentials for a spot in the final four. Read more about latest volleyball news, games reports, and statistics on WorldofVolley. 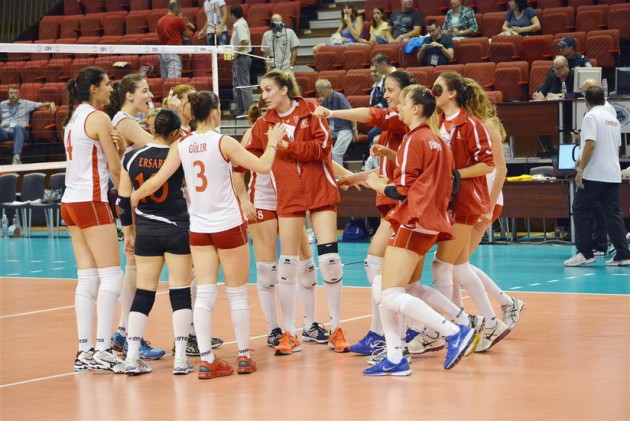 Hungary managed to resist to the good tempo imposed by their opponents only in the first set but the final rush was controlled by the Turks. After that, Turkey played relaxed and could comfortably bring it home in straight sets.

“We have come here with the youngest and most inexperienced team” said Turkey’s head coach Mehmet Nur Bedestenlioglu. “Nevertheless we do hope to win every match we are supposed to contest this weekend here in Varna. We are improving match after match and I am very pleased with the performance that my players have showed this afternoon”.

“My players have got the skills and what it takes to win but they were not focused enough. I hope they will disclose their full potential in the next matches” concluded Hungary’s head coach Laszlo Hollosy.

PHOTO OF THE DAY: Insane jump of...