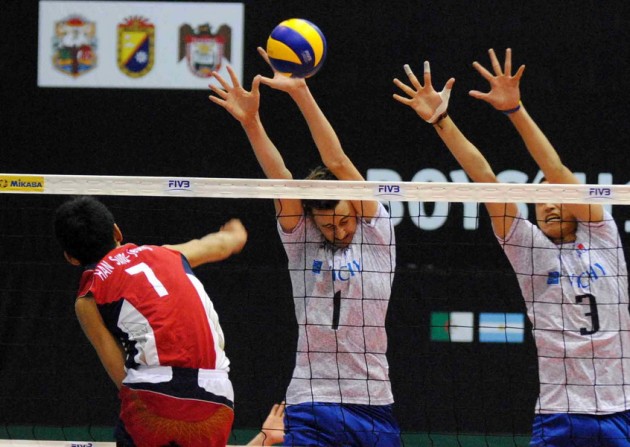 Henry Médéric scored 13 points for the French team while Jean Patry finished with 12 and Thimothée Carle with 11.

On the Korean side Han Sungjeong tallied 11 points to be the top scorer for the Asian team. Park Sangjun and Hwang Kyungmin registered only six apiece.

The blocking strategy of coach Slimane Belmadi resulted in 14 plays on the score against 6 by Korea. Médéric converted 7 points by block and had two aces to secure Frenc superiority and aspirations to play next round.