Turkey was successful in their latest friendly match against Bulgaria which they won after an exciting tie-break. 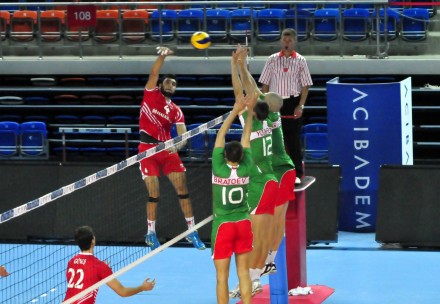 Boost up win for Turkey

Result after five sets was 3-2 (25-23, 22-25, 25-23, 23-25, 15-11) in favor of hosting team. There was really not much to choose between the two teams. Every aspect of the game was pretty much at the balance, only in tie-break concentration of the Bulgarian players dropped a bit and because of that they have lost the game.

Tomorrow at 17:00 Turkey will play against the Iran, which will count as a final preparation before the EuroVolley 2013 starts.