Belgium’s rookie GENT Dames could not upset world champions and titleholders VakifBank ISTANBUL of Turkey in their debut in Europe’s elite club competition, the 2014 CEV DenizBank Volleyball Champions League – Women. The winners of the last edition stormed to a straight victory (25-15, 25-22, and 25-21) to prolong their positive streak. 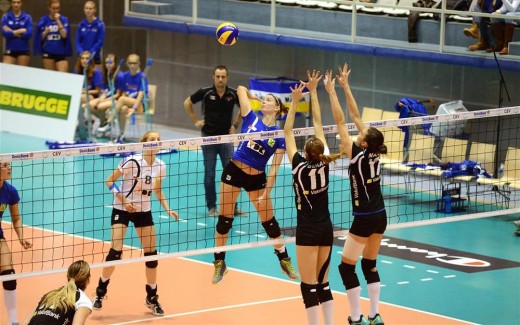 “Tonight we got to see a very interesting game” said VakifBank mentor Guidetti. “GENT Dames showed some fast Volleyball and they were able to cause us problems in many circumstances. We had to concentrate fully on the game to win, as we normally play better than we did tonight”.

“Of course we miss power but we were able to control Jovana Brakočević and Kirdar who never really got into the game” said home mentor Stijn Morand. “We did what we could against this star-studded team and I am satisfied”.

“If I see the way we played tonight, I think we deserved to win this game” concluded GENT Dames most prolific player Karolien Verstrepen.