The countdown to the Final Four Tournament of the 2014 CEV DenizBank Volleyball Champions League – Men coming up through March 22-23 at the Baskent Volley Hall in Ankara has started. On Friday the hosts of Halkbank could proudly unveil the official website of this much awaited Final Four which is available under the following address: www.finalfourmen2014-ankara.com/en 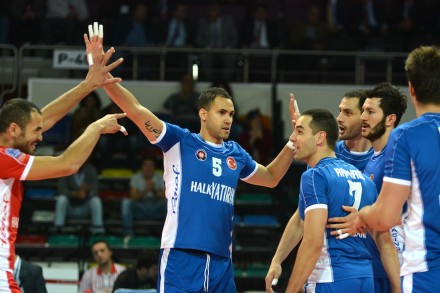 The hosts of Halkbank ANKARA will chase for home glory to crown their first participation in the competition with an unprecedented success and start their home campaign by taking on Poland’s JASTRZEBSKI Wegiel in the second semifinal on schedule for Saturday, March 22. This game will be preceded by the Russian derby starring Belogorie BELGOROD and Zenit KAZAN; each of these teams will be vying for their third crown after Belogorie claimed back-to-back victories in 2003 and 2004 while Zenit seized the trophy in 2008 as well as in 2012. Poland’s JASTRZEBSKI Wegiel will be making their second appearance in a Final Four Tournament hoping to improve on the fourth place they had to be content with back in 2011.

The winners of this year’s CEV DenizBank Volleyball Champions League will get the right to represent Europe at the 2014 FIVB Men’s Club World Championship which is due to take place through May 6-11 in Betim, Brazil.