CL M: Final Four to be televised in 92 countries

The Final Four Tournament of the 2014 CEV DenizBank Volleyball Champions League – Men coming up this weekend at Baskent Volleyball Hall in Ankara will be broadcast on 92 countries around the world. Such figures testify once more the value and appeal of Europe’s elite club competition whose final act will be followed on site by more than 100 journalists. 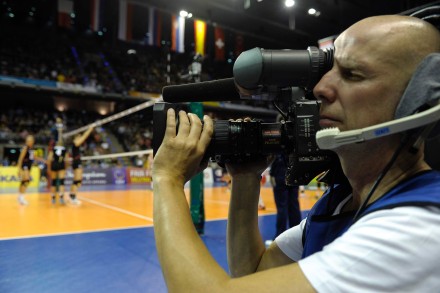 The matches that will crown Europe’s champions – and also determine the team that will represent Europe at the 2014 FIVB Men’s Club World Championship due to take place through May 6-11 in Betim, Brazil – will also be broadcast live and for free by CEV partner LAOLA1.tv

The semi-final and final matches as well as all side events coming up this weekend in Turkey’s capital city will be extensively covered on the CEV website as well as on eventoLive, with high-quality pictures provided in real time right here.

The Final Four Tournament will be broadcast by 16 TV stations thereby covering 92 countries, spanning from Brazil to the Far East, with Eurosport Asia airing the matches in 33 nations including – inter alia – India, Indonesia, Korea, Thailand, Taiwan as well as Australia. The matches will be televised in more than 25 European countries while Dubai Sports Channel will bring the world-class actions of the Final Four to the Middle East.

To read more news from this country click on Turkey.

CL M: Raphael determined to go for yet another title

EXCLUSIVE: Juantorena – “Lube wants me so...