The Argentina’s National Team coach talked about this new era in front of the squad and some keys about his work. Big expectations are upon the national team. 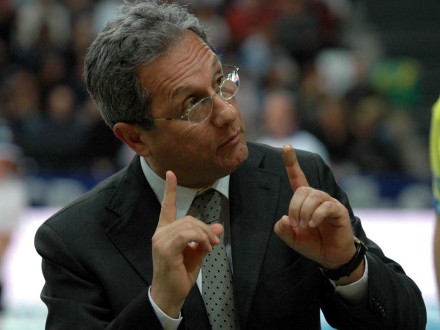 Julio Velasco believes that if a team wants to succeed, it must be mentally prepared and have a lot of conviction and humility. “Argentina has good players, but that’s not enough”, says the coach of the National Team. He is also humble, not considering himself to be among the top ten of the national sportsmen: “I really don’t know what I’m in Argentina, this is the first time I’m here” said the former coach of Iran, who hopes to make history in the country as he did in Italy.

“I have to touch the player. A coach has to convince. If I don’t get that, everything else is nothing. The study, psychology, everything is reduced at the end to convince the players”. The man born in La Plata, who left the country 31 years ago to form his career outside the country, acquired a lot of experience and now, at 62, he tries to maintain enthusiasm and ability to work. “I think for coaches of all sports, is not enough to be a good professional. What is needed is passion for good results”, says the assistant in the Argentina’s National team that finished third at the World Cup 1982.

According to Velasco, the team has to play a fast style, as it has setters to do it. “To achieve that game you must have a good reception, that’s the key”, said the former philosophy student, wou will have to find a libero to replace Alexis Gonzalez, retired from the National team. Facundo Santucci appears as a possibility, reported by Gonzalez himself as his successor.

The four-time Argentinean League champion with Ferro Carril Oeste between 1979 and 1982 never imagined he would be the coach of the National team and not always thought he would reach this day. “When it was given the opportunity , it was amazing”, said the one who led an undefeated Iran to qualify for the world championship in Poland beginning on August 30 with the match between the local team and Serbia, at the National soccer Stadium of Wroclaw (outdoor).

RUS M: Ural’s spiker – “We have families to provide for”

CL M: Final Four to be televised in 92 countries