Highlight of every volleyball season in Europe is upon us. CEV Champions League Final Four is what it’s all about. This time in Ankara, that “super-stacked” Halkbank team will try everything to keep trophy in their Arena. 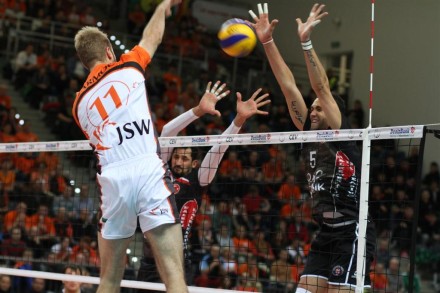 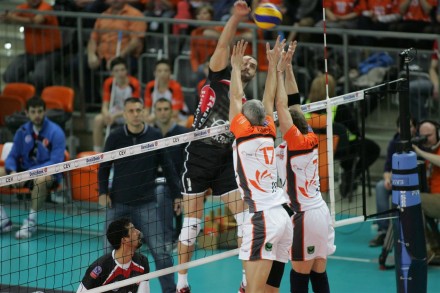 It was a fascinating project from the beginning. It took a huge deal of guts and bravery to break up that 2012/2013 squad who had an amazing 30+ wins streak, won the National Cup, CEV Cup and almost got the triple crown (lost to Arkasspor in the playoff finals). But the ambitious Turks did it anyway. Coach Vuković got fired, team was broken and sensational news came up! That all-time great Trentino squad is basicaly transferring to Ankara along with coach Stoytchev. Kaziyski, Juanotrena, Djurić and Rafael are ready to fire up the European volleyball once again but only in different jersey.

Still job is not done until it’s done. There is an obstacle before the trophy can be won. Small but very fierce and dangerous obstacle. That Polish team who is destroying everybody on their way to Final Four, that amazing spirited squad of Jastrzebski led by the best player of all time Lorenzo Bernardi. And guess what happened the last time when Jastrzebski and Halkbank played? Those brave Hawks won the game and the first place in Pool F. They are smart, experienced and crazy skilled. With magician Kubiak, powerhouse that is Lasko and genius in Masny, they will be tough nut to crack. And you know what nuts do. They break your teeth if you don’t smash them really good.

One thing is also worth mentioning, even though Halkbank has home court on their side, they can be distracted by it too. While Halkbank’s superstars are roaming around the city, taking pictures and giving interviews, Bernardi and his “army” are locked up in the gym working hard and preparing for that huge match that will define their legacy.

Fasten up your seat belts volleyball fans, amazing things are about to happen.

To read more news from these countries click on Turkey and  Poland.