A bizarre situation occured during the Champions League match in Istanbul! 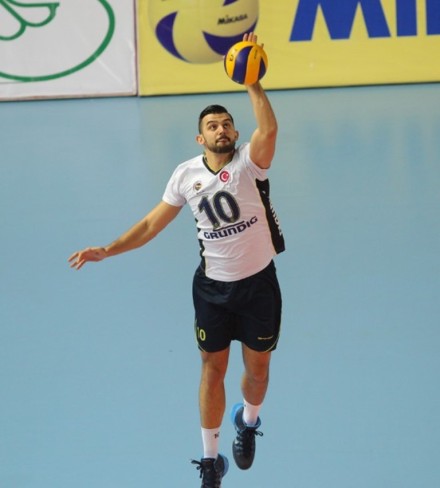 Fenerbahçe Grundig İstanbul had to finish the set against Belogorie Belgorod without a setter, but managed to won it.

While the uncertainty rose in the third set, when the scoreboard showed 19-18 for the home team, the setter from Fener’s starting line-up, Arslan Ekşi got injured. He did not land well on the floor after a jump.

Since his replacement, Rifat Erden Çevikel, already entered during this set to serve, he could not go back on the court.

The receiver, İzzet Ünver, took position of a setter and did a great job – Fener won the set with 25-23 and took 2-1 lead.

Even another home team player was injured during this part of the match, the libero Ramazan Serkan Kılıç, but recovered soon afterwards and finished the set.