Fenerbahçe Grundig stunned the European champions Eczacıbaşı VitrA in the Final Four of the Turkish Cup. 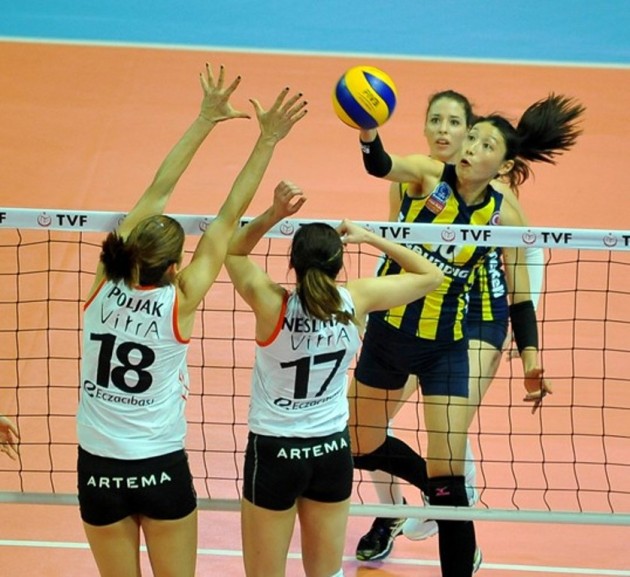 Fenerbahçe started the clash well, leading at the 1st technical TO with 8-5 and at the second by 16-10. Despite persuasive advantage, it won the first set after huge battle – 25-22.

The 2nd set turned into the exhibition of Fenerbahçe – 25-16.

Third set was something in between the 1st and 2nd set, but with Fener’s initiative from the start (8-6) until the final 25-20.

Fener’s Kim Yeong-Koung was the best scorer of the match with 21 points. Bethania De la Cruz had 13 in Eczacıbaşı.

In the other semi-final game, bronze medalists from CL Final Four, VakıfBank, beat Galatasaray Daikin after a drama – 3-2 – with 24 from Elitsa Vasileva.

WoV DREAM TEAM: Who is your favorite female middle blocker?

Real Champions League F4 matches played by between these teams!

WoV in Manila: The reigning champions made...