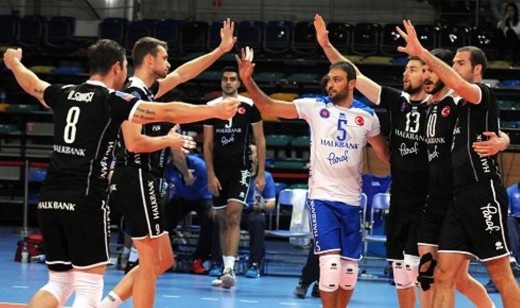 Bursa was the host of the Super Cup final match but 750 fans had an opportunity to see only one team – Halkbank. This is third consecutive trophy for the team from Ankara in Turkish Super Cup!

Arkas had only downs during the match. From the beginning of the game, only one team were dominating! It was some kind of revenge of Halks, for last seasons’ defeats in playoff finals!

Kevin Le Roux was the top scorer of the game with 13 points, while Dick Kooy added 11 points! Michal Kubiak was on the court as well (7 points). On the other side, Gokhan was the top scorer with 11 points. Mustafa Koc added 8 while Rouzier ended match with 7 points.