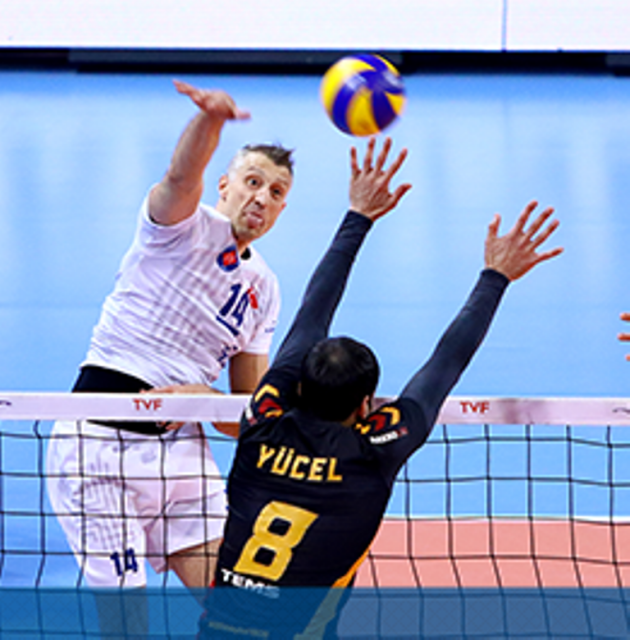 Ziraat was the first who scored victory today, they have outplayed Inegol 3-1. Cristian Savani led team with 17 points while Marcus Nilsson scored 16 points. Niels Klapwijk was top scorer of the match with 21 points for Inegol.

In Istanbul Fenerbahce with the same result 3-1 have defeated Istanbul BBSK and Metin Toy once again was the leader with 21 points.

In the two other matches Arkas and Halkbank celebrated victories in tie-breaks. Captain Ivan Miljkovic ended match with 27 points for Halkbank while Zbigniew Bartman also scored 27 for Galatasaray but this time that was not enough.

Today, the top scorer of the whole round was Michael Bozhuleva Sanchez from Arkas who scored 42 points in victory over Maliye Piyango. On the other side Oliver Venno scored 24 points for defeated team.