A few days ago, we published the news that three important players will extend with Fenerbahçe İstanbul while Turkish Women’s Volleyball Championship winners will also sign three foreign newcomers... 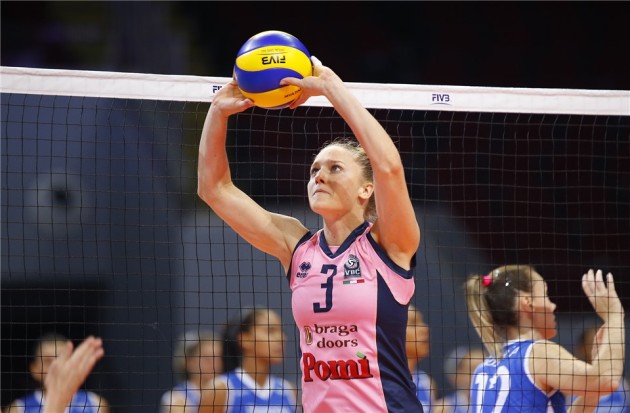 As Fenerbahçe fans wait formalization of contract renewals with Kim, Natália and Eda, management of the „Yellow Angels“ is close to secure two of three announced foreign reinforcements for the next season.

According to volleyball.it, Pomì Casalmaggiore duo, U.S. setter Carli Lloyd and Croatian opposite Samanta Fabris, will most likely join ’Fener’! Is this some kind of a deal with Italian side due to the fact that last season’s coach of Fenerbahçe, Marcello Abbondanza, moved to Casalmaggiore, we cannot say. Nevertheless, it is a good news for the supporters of Istanbul team.

One question remains – in case of arrival of Lloyd and Fabris, what will happen with Thai star Nootsara Tomkom and Polen Uslupehlivan since their positions in the team will be endangered if this transfer goes official…?

IN MEMORIAM: Most famous Finnish volleyball player dies at the age of 93

No no no! Lloyd can be your setter, but she’s a little slow.. Fabris is strong but she makes a lot of errors especially on serve. Her attacks are inconsistent, usually spikes out.. And her defense is not that good. Better sign Mirkovic or Ognjenovic of Serbia as setter and Barun or Tomsia as opposite. Trust me!

Fabris’s reception is bad and makes lot of mistakes in offence and serve. Really bad decision!!. Loyd will be ok. But not excellent.