USA W: Klineman – “I’m playing in Italy, ‘cause there is no professional volleyball in USA”

When Alix Klineman was young her family took numerous European trips together before she attended high school. But little did she know that her passion would one day force her abroad to play volleyball year round, and has spent two seasons playing in Italy. 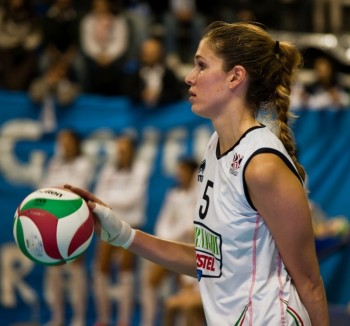 She was a legendary receiver for Mira Costa from 2003 to 2007 and earned a four-year volleyball scholarship to Stanford where she played from 2007 to 2010. As a senior, the art major was the conference’s player of the year and became Stanford’s eighth four time All-American.

Klineman said she plays in Italy for a very obvious reason.

“There is no professional indoor volleyball in the United States,” Klineman said. “It’s kind of crazy to me that we can be the No. 1 ranked team in the world, yet there is no significant following of the sport. However, in a lot of other countries, volleyball is very popular and competitive and players can live comfortably off of their salaries.”