Courtney Thompson, a silver medalist with the 2012 USA Olympic Team, will have her story told through the volleyball documentary “Court & Spark”, which debuted this week during the American Volleyball Coaches Association Annual Convention being held in conjunction with the NCAA Division I Women’s Volleyball Championship in Seattle. 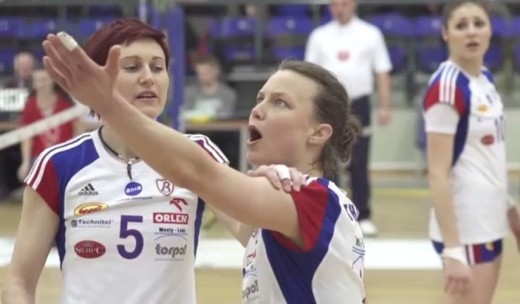 The documentary aired initially on Dec. 20 during the AVCA Convention followed by premiere public showing at Club Live in KeyArena on Dec. 20. The one-hour show explores who Thompson is, how it is to live a life as a professional American volleyball star overseas, how she has overcome staggering odds and mixed in with experts of the game speaking about her. Thompson will be on hand during the AVCA Convention and the showings.

The documentary is aimed at players, parents, coaches, fans, media and policymakers who can support the creation and maintenance of sports facilities and opportunities for our youth.

“The everyday life of an American professional female athlete overseas remains little-known to most sports fans,” said Mechelle Voepel of ESPN.com. “Court & Spark gives an insightful window into that life, while also providing a look at how volleyball continues to grow in the United States. It’s the story of both one woman and the sport that she’s turned into her young life’s work.”

Court & Spark was authored and produced by Jack and Leslie Hamann of no little things Productions in partnership with the Puget Sound Region of USA Volleyball.

5 ways to be a better teammate