Matt Anderson is the best player in 2014, reports the official website of USA Volleyball Federation. 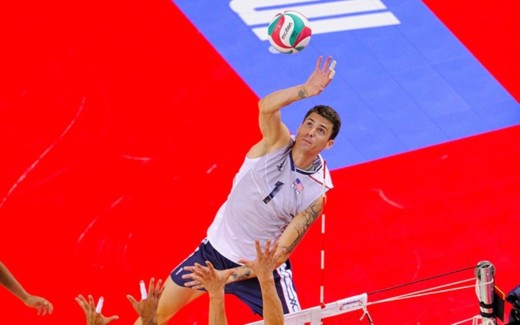 This is his third consecutive “Player of the year” award in USA!

Taylor Sander (Manhattan Beach, Calif.) was named Rookie of the Year and Sean Rooney (Wheaton, Ill.) has been named Most Inspirational.

The expectations and pressures that Anderson puts on himself caught up with him this fall and he chose to leave his Russian club team to spend time in New York with his family. However he is planning to return to the U.S. Men’s Team in 2015.

“The fact that I love the game and I don’t want to stop playing is a motivating and driving factor,” Anderson said.

Yaremenko – “It makes no sense to appeal on FIVB decision”

Are these the most multi colored stands in Champions League? (VIDEO)